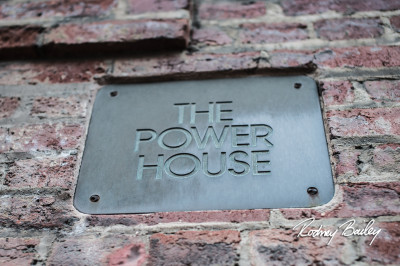 Vitamin K refers to the group of fat soluble vitamins, essential for blood coagulation and for binding calcium to the bone. Without adequate vitamin K, vitamin D cannot improve bone density, our blood does not coagulate (leading to uncontrolled bleeding) and our arteries and other soft tissues become calcified. Egads. Let’s take a serious look at this under-estimated powerhouse of a vitamin.

There are five known forms of vitamin K: K1 and K2 are natural, and K3, K4 and K5 are synthetic. The synthetic forms are used primarily in industry. K vitamins are similar in structure: they share a ring structure with varying lengths and “side chains” of molecular units. The number of side chains influences which forms of vitamin K are transported to various tissues.

Vitamin K1, also known as phylloquinone, phytomenadione, and phytonadione, occurs in plants, especially green leafy plants since it is involved in photosynthesis. This plant-derived vitamin K is the form most involved in blood clotting in our bodies.

The most common type of K2 in animal tissues and products is MK-4. Typically synthesized from K1 in certain animal tissues like arterial walls, pancreas, and testes, MK-4 delivers enzymatic functions distinct from those of K1. Bacteria in the large intestine can also convert K1 into K2, delivering the longer-chain menaquinones like MK-7 – MK-9, which are crucial for calcium plaque removal from our arteries.

While K1 is used by the liver to activate blood clotting proteins that stop bleeding, K2 is essential in the removal of excess minerals from soft tissue and vascular walls, i.e. the kidneys and arteries, and in the delivery and composition of calcium and minerals in the bone and teeth.

Without adequate K1, we can experience anemia, bruising, and uncontrolled bleeding.

K2 activates proteins that remove calcium from the lining of blood vessels and deposit it to the bone. Osteocalcin is a protein that organizes the composition of calcium and phosphorus in bone and teeth. Osteocalcin is dependent upon K2 to perform this function. Without adequate K2, bones become fragile and fracture risk increases. Vitamin K2 as MK-4 and MK-7 increase levels of activated osteocalcin and significantly reduces the incidence of bone fractures.

Patients suffering from osteoporosis can have extensive calcium plaque in the arteries, impairing blood flow. “This simultaneous excess of calcium in one part of the body (arteries), and lack in another (bones) – which may occur even in spite of calcium supplementation – is known as the Calcium Paradox.”[i]

The underlying cause is K2 deficiency. Vascular calcification might not only be prevented, but even reversed by increasing the daily intake of K2. K2 activates the protein that binds with arterial calcification. The long-chain subtypes of K2 (MK-7 through MK-9) are the most important for preventing excessive calcium accumulation in the arteries.[ii]

Since vitamin K can reverse the blood-thinning effect of Warfarin (Coumadin), patients are typically advised to avoid diets rich in K vitamins. However, the latest research proposes combining K2 with anticoagulation treatment to stabilize blood coagulation while reducing Warfarin-induced arterial calcification. Alternatively, newer anticoagulants like Dabigatran and Rivaroxaban do not interact with vitamin K, so K2 supplementation may reduce arterial calcification without interfering with anticoagulation treatment.

Nearly 25% of US adults over age 40 use a statin drug. “Not only do all of these people need to take a ubiquinol or coenzyme Q10, which is also depleted by the drug, it’s quite likely they also need vitamin K2 to avoid cardiovascular harm.”[iii]

Vitamin K2 is preferred by the tissues outside the liver, including bone, cartilage and blood vessels. “tissues that accumulate high amounts of MK-4 have a remarkable capacity to convert up to 90% of the available K1 into MK-4.”[iv],[v]

While the MK-4 subtype appears most predominant in animal tissues, other MK numbers found there are derived from bacterial origin.

Except for MK-4, all subtypes of K2 are produced by bacteria, most notably in the large intestine. Large intestine bacteria convert K1 into vitamin K2 subtypes, particularly MK-7 through MK-11. The body’s utilization of MK-7 over MK-4, if any, is unclear and needs further investigation, as does the body’s utilization of the other long-chain subtypes, whose functions are less understood.

The richest dietary sources of long-chain menaquinones are animal livers and bacterial fermented foods like ripe (Gouda, Brie, Edam and Cheddar) cheeses and vegetables fermented with K2-producing bacteria in Western diets and natto (fermented soybeans and Bacillus subtilis) in Japan. Natto is an exceptionally rich source of MK-7. MK-4 is often found in relatively small quantities in grass-fed (not feed lot) meat (including fats, livers and organs), butter and eggs.

How Much Vitamin K Do I Need?

The US Daily Adequate Intake levels of vitamin K are:

However, the Ministry of Health in Japan has approved 45 mg of MK-4 daily for the prevention and treatment of osteoporosis.[vi] Hence, “adequate intake” does not necessarily correspond to “optimal intake.”

Also, the half-life of MK-4 is much shorter than that of MK-7, so while a single serving of MK-7 daily may be adequate, multiple servings, i.e. three, of MK-4 spread throughout the day may be warranted.

Dr. Dennis Goodman, cardiologist and chairman of the Department of Integrative Medicine at New York University, and author of the book, Vitamin K2: The Missing Nutrient for Heart and Bone Health, recommends taking 180 μg per day, in the form of MK-7 (the equivalent of about one teaspoon of natto).

You May Need More Vitamin K

Individuals at risk for K2 deficiency are those whose intestines have been seriously damaged or compromised, resulting in malabsorption, and those subjected to broad spectrum antibiotic use, which can significantly reduce K2 production. Newborn infants are at an increased risk of deficiency and the elderly typically experience reduced K2 production.

Other populations include those who suffer from kidney disease, liver damage or disease (e.g., alcoholics), cystic fibrosis, or inflammatory bowel diseases, or have recently had abdominal surgeries. Secondary vitamin K deficiency can occur in bulimics, those on stringent diets, and those taking anticoagulants. Other drugs associated with vitamin K deficiency include salicylates (i.e. aspirin), barbiturates, and cefamandole (i.e. Mandol, a broad-spectrum antibiotic).

Symptoms of K1 deficiency include anemia, bruising, and bleeding of the gums or nose, and heavy menstrual bleeding in women. Osteoporosis, severe aortic calcification and coronary heart disease are strongly associated with lower levels of K2.

While there are no known toxic levels for its natural forms, K1 and K2, the “FDA has banned K3 from over-the-counter sales because large doses have been shown to cause allergic reactions, hemolytic anemia, and cytotoxicity in liver cells.” K3 (menadione) is  used in some pet foods.