By Thermogram Center on June 28, 2015 in Manage Your Risks 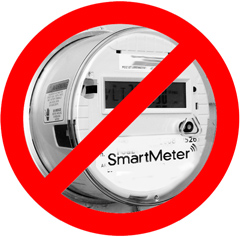 By Tirza at Better Breast Health – for Life!™

Are you aware that many utility companies have replaced the need to send a representative to your home to "read the meter" with a Smart Meter? These meters transmit pulses of wireless radiation between 9,600 to 190,000 times a day. Chronic exposure to such radiation can cause health issues. This week, I explain how easy it is to reduce your exposure by dumbing down your meter.

What Is A Smart Meter?

Smart Meters measure energy usage, sending data to the utility by wireless signal. They are replacements for the older 'spinning dial' or analog electric meters. While Smart Meters may send data to the utility about 6 times a day, they are constantly talking to one another, comprising a "mesh network." It is this "chatter" that accounts for the 9,600 to 190,000 transmissions per day per Smart Meter. Multiply that times the dozens of Smart Meters in your mesh network and you have a sense of the constant high background radiation putting your health at risk: 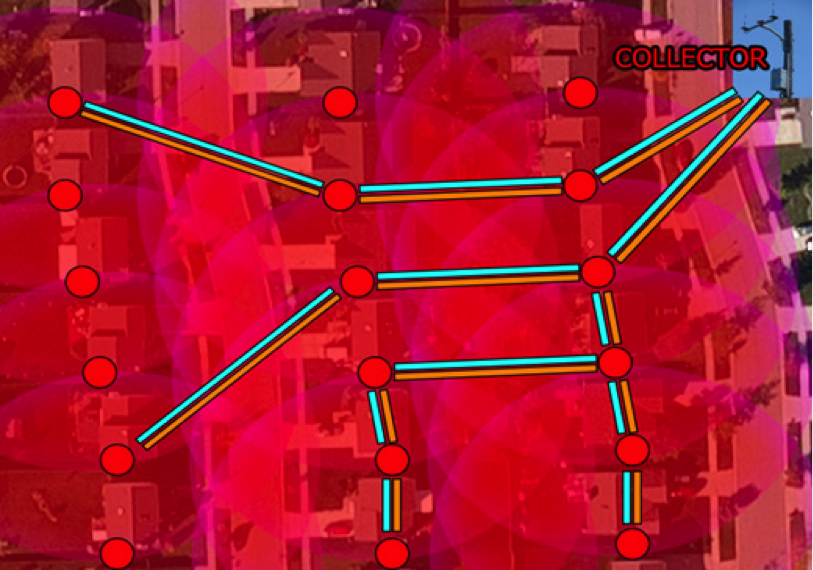 The FCC cannot determine what portion of the allowable public safety limit is already being used up by wireless devices in the typical home, i.e. cell and cordless phones, PDAs and tablets, wireless: routers, home security systems, baby monitors, garage door openers, etc. Even if a consumer eliminates all possible wireless exposures within their home, they may face excessively high exposures from Smart Meter mesh networks on a 24-hour basis.

According to a California Environmental Study, "In addition to exceeding FCC public safety limits… Smart Meters can produce excessively elevated radiation exposures… for occupied space within dwellings, or outside areas like patios, gardens, (dog runs) and walk-ways… levels are predicted to be substantially elevated within a few feet to within a few tens of feet from the meter." And this does not account for the overlap of chatter within a mesh network, which can exponentially increase the number of signals.

With two antennae, Smart Meters operate in the 902-928 MHz range, near the range of many cell phones, and in the radio-frequency microwave range of 300 MHz to 3 GHz. Their combined peak output is around 650 μW/cm². (The safe limit is 0.1 μW/cm².)

The World Health Organization classifies wireless radiation as a Class 2b carcinogen, like DDT and lead. Studies by University of California at Santa Cruz Professor of Nuclear Policy Daniel Hirsch show that the whole-body cumulative radiation exposure from wireless meters is 100–160 times more than cell phone exposure. This means that if you have a Smart Meter or are in a mesh network that you and your loved ones, i.e. family members, children, friends and pets, may be exposed to unhealthy levels of radiation which assault biological systems.

Tens of thousands of scientific studies report adverse health impacts with chronic exposure to wireless radiation at or below levels produced by Smart Meter mesh networks.

"Electrosensitivity, also known as Electromagnetic Hypersensitivity (EHS), is a disabling condition in which an individual experiences a myriad of symptoms, like headaches, dizziness, unusual heart palpitations, or insomnia, around wireless technologies or electrical devices. EHS can develop gradually from many years of 24x7 exposures to radiation from sources such as Smart Meters, cell towers, Wi-Fi, mobile phones, cordless phones, power line magnetic fields, intermediate frequencies, and electric fields from various electronics devices."

Who is Most Vulnerable?

Dumb Down Your Meter

Call your utility company and inform them that you have become aware that a Smart Meter has been installed on your property and that you need to "opt out" of the Smart Meter and have it exchanged back to the analog meter. And ask your neighbors to do the same as the mesh network of Smart Meters around you exposes you to constant chatter and high levels of background radiation.

My Smart Meter was installed in August of 2014 without me understanding its dangers. I called the utility company to opt out. They asked me how it was affecting me. I told them it was contributing to nervous agitation. The very next day, I had an analog meter! There was no fee for the exchange. I think this is further evidence to the fact that even the utility companies are acknowledging the health effects of Smart Meters and would rather swap out my meter than contend with publicity or legal action. Next, I intend to share this article with my neighbors as a call to action.

It is possible that in the years ahead that the utility companies will charge a monthly fee to read the meter, but I’ll be happy to pay for the service, won’t you? Please act.

Analog meters have dials, while Smart Meters are digital: 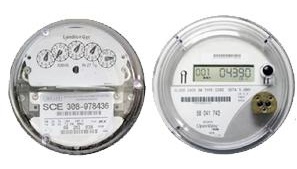 If you’re interested in learning more, check out the below websites or studies:

This information is for educational purposes only and does not diagnose, treat or cure health conditions. It is not intended in any way to be a substitute for professional medical advice. Please consult with a qualified healthcare practitioner when seeking medical advice. Copyright © 2015-2020 The Thermogram Center, Inc. All rights reserved.

Breast, Teeth & Body Imaging for men and women since 2002