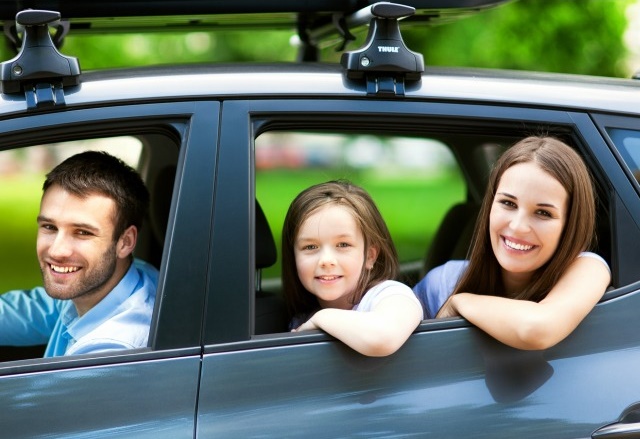 Many Americans love their cars. Not only a mode of transportation, cars can represent our values, personality or lifestyle, and provide creature comforts and audiovisual entertainment. But do modern-day features impact our health? In this, part one of a two-part article, let’s explore cars and EMF. Part two, Cars and EMF: Healthful Tips, explores healthful tips.

Unless we travel remote areas on foot, bicycle or horseback, we are exposed to EMF from cell towers, highway power lines and modern powered vehicles: motorcycles, cars, trucks, buses, RVs, trains, and water and air craft. As explained in my article, Electromagnetic Frequencies (EMF): EMF penetrates concrete, steel, and the human body and “has been linked to diseases such as ALS (Lou Gehrig’s disease), Alzheimer’s, cancer, childhood leukemia, Chronic Fatigue Syndrome, fibromyalgia, heart problems, miscarriages, and MS. EMF contributes to many chronic sleep disorders and has also been linked to the alarming increase of cancers, asthma, autism, ADD/ADHD and physiological and behavioral problems in children.”

EMF radiation (EMR) is higher in modern cars due to the increase of technology within the car.[i] No longer equipped with just a radio, cars now house complicated computer systems and wireless technologies. The engine and battery compartments, chassis wiring and cabling and electronic dashboard all generate EMR, while GPS, Bluetooth and other wireless technologies utilize the same radio frequencies (RF) that cell phones and cell towers use, increasing the amount of microwave radiation in the car.

Auto manufacturers do not shield all wiring and electric components, prevent dirty electricity or ground cars to the earth. Instead, electric currents and EMF flow through wiring and cables in the car with the chassis becoming the ground. Cars can act like a Faraday cage, where EMF currents envelope the cabin by way of the car’s metal framing.

While diesel cars have no spark plugs or ignition coils, they exhaust more air pollution than gasoline cars. Hybrids and electric cars contain more batteries than standard gasoline or diesel cars. According to Consumer Report News, “we found no evidence that hybrids expose drivers to significantly more EMF than do conventional cars.” However, the tests did not assess the intensity of EMF for backseat passengers, where children are often seated, near rear vehicle batteries.

According to The New York Times, “There is a legitimate scientific reason for raising the issue. The flow of electrical current to the motor that moves an electric/hybrid vehicle at low speeds (and assists the gasoline engine on the highway) produces magnetic fields, which some studies have associated with serious health matters, including a possible risk of leukemia among children.”

See Part two of this two-part article for a video on how to measure EMF to find out how much radiation is in each seat of your vehicle or hybrid when the car is off, at a standstill, during acceleration, and while cruising.

Magnetic fields are measured in units of gauss (G) or milliGauss (mG). While the globally accepted safety limit for exposure is 2.5 mG (milliGauss)[ii], the lowest level linked to childhood cancer is 2.0 mG.[iii] Cautious or sensitive individuals may try to reduce magnetic field exposure to 0.5 mG or less. The typical new car will measure in the range of 30 to 80 mG.[iv] Duration and intensity of exposure are critical factors in health risks.

Some people do fine with 10 mG or higher, some need it to be around 1 or 2 mG, and some exceptionally sensitive people need it to be less than 1/100th of a mG.[v] Electrosensitivity varies among people, and depends on their overall health, immune state, stressors, “weakest links,” etc.

Over exposure of EMF radiation can put individuals at risk for developing health problems ranging from headaches to sleep disorders, fatigue, dizziness, skin rashes, miscarriage, leukemia, and other cancers.[vii]

Cell Phone Use in Cars

Studies show that driving accidents are four times greater while using a cell phone and that heavy mobile users are involved in twice as many fatal accidents.[viii] But there are other health consequences as well.

While all modern powered vehicles expose passengers to EMF radiation, cell phone use in a car increases overall levels of EMR. Studies show that cell phone RF radiation is amplified when used in a car as radiation is reflected back from the car frame, chassis and reflective surfaces.[ix]

The precautionary limit for RF exposure is 0.1 μW/cm².[x] In the past ten years, I have used a TriField Meter to check many cars for electric, magnetic, and radio frequencies. I have rarely observed a “safe” car. See the video on how to measure car EMF in Part two of this two-part article.